I'm very excited about tomorrow’s PS5 event; not as a gamer, but as a techie.

Lead architect of Sony's newest console, Mark Cerny has made a meticulous effort to develop a gaming console specifically to the needs of developers and attracted a very large and unexpected following.

His technical presentation on PS5 hardware development "The Road to PS5" aimed at developers has earned nearly 16 million views and inspires both love and controversy.

Because of Cerny's strong work interviewing, surveying, and working with developers, and no doubt others doing the same, Sony is set to revolutionize gaming performance at entry level console prices.

And if you were not already aware, know now that there has never been a console that combined such price for performance and ease of development as the PS5 is set to unveil tomorrow.

Why is PS5 such a huge step forward in gaming?

Exhaustive customer research to identify friction in the development process and relentless focus on killing that friction.

For the first time in my lifetime, the best gaming experiences possible will be on game consoles instead of PCs. That’s because unlike PCs, this generation of consoles has adopted a fundamental change in performance that developers can’t easily work around in the development process to work with lower-spec PCs.

This fundamental change is including optimized PCIe 4.0 SSDs and custom hardware to remove data bottlenecks in gaming that have never before been solved in the PC market.

To put it more bluntly, while the best PCs will have both better CPU and GPUs than consoles, the PS5 will have better minimum specs than any minimum size install base game developers would consider worth developing for.

The Next Generation of Gaming Consoles Will Transform PC, Display, and VR Markets

You might think this generation of console's impact would be localized just to gamers, but this change is a catalyst for market separation and consolidation.

That's because the PC gamer market while small is a profitable niche that subsidizes development of other PC hardware before it reaches wider consumer audiences in our laptops, tablets, and other devices.

Display companies will see lower demand for their most profitable and highest cost monitors. TV manufacturers will see modest increases in purchasing volume mostly on products including console gaming-focused features like auto-low-latency and 4k/60 HDMI connections.

Intel, who's already having a terrible year losing repeatedly to new, better, and cheaper products from AMD, stands to lose even more. Not only is Intel no longer considered the current market leader in PC gaming, but both next-gen consoles from Sony and Microsoft use AMD hardware.

VR as a market currently stands to gain the most. Despite being hyped for years, including by, of course, yours truly, VR has been roughly speaking a consumer failure. Millions of units sold. Millions of units not receiving much use.

VR's been seen as a fad and for good reason: the minimum standard of VR user experiences for people to actually enjoy them is quite high. That's because of a lot of reasons, but it's easy to sum them up by saying that when you perceive inconsistencies between your sensory experiences and your body's central nervous system, it makes you want to throw up because your body literally thinks you've been poisoned.

Sony's set to launch a product that's easily capable of powering the minimum standard positive VR user experiences that result in user adoption and it's expecting to sell more than 7 million of them by this following March.

Social proof is and always will be key to mass user adoption.

If you're interested to learn more about what's captivated the tech community at large and started a number of controversies debating it, just watch the video that started it all, Mark Cerny's presentation:

and if you want to hear the perspective of a game developer, just watch this one:

and watch the leading YouTube channel on game tech analysis give their thoughts:

A chrome extension that helps you spot red flags in review data for books on Amazon.com and lets you instantly compare ratings of books with different numbers of reviews. 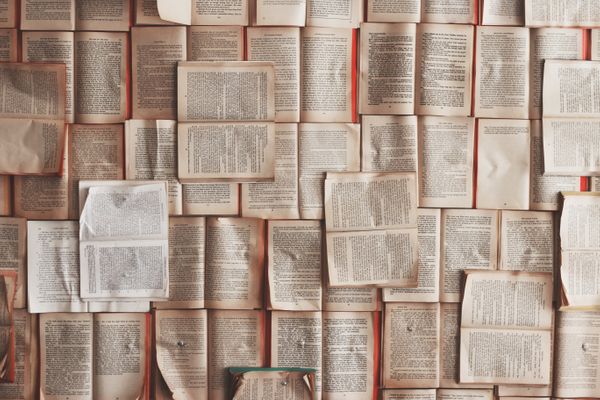 Quick thoughts on why I write, how I think about writing's ROI, and my quest to improve it.