All these things are supposed to be bad for me and yet I don’t really want to give them up. Instead, I want to find healthier alternatives that allow me to continue eating them.

For years I didn’t know if there was an alternative in the gluten department. I knew that everyone said that eating bread and flour and pastries were bad for you.

What I didn’t know was that there was an ancient form of wheat that was by many measures, including some medical testing, to be virtually equivalent to being gluten-free.

Now don’t get me wrong the grain I’m talking about isn’t gluten-free, but its gluten is of a different kind that doesn’t affect our bodies in the way the traditional gluten that we're familiar with does.

Unlike traditional wheat, the type of gluten that's found in Einkorn is much weaker. Now, what this means for baking is it’s not as easy to work with. It doesn’t stretch and rise in quite the same way traditional wheat normally does.

However on the flip side, what it means is Einkorn offers a much healthier form of wheat. A form of wheat that we can digest without feeling tired, without feeling sluggish, and without experiencing the negative health consequences that modern wheat's gluten can create over time for the people who eat it.

In essence, what I’m talking about with Einkorn is a Scott free option to eating all the bread you want without the negative health consequences, besides not gaining weight. Yes, sorry, eating grains and eating any type of wheat whether it’s equivalently gluten-free or not is still going to cause you to gain weight.

But when faced with the option of eating pizza and bread or giving them up for life, I do have to say that I will be choosing to have bread every once in a while. Even if I’m mostly keto and eat meat and fish as a primary source of calories within my diet, I still enjoy eating bread and other foods made from wheat.

If you’re like most people, you probably haven’t heard of Einkorn. For one thing, it has a terrible name that obviously hasn’t been designed for marketing purposes unlike the renaming of certain popular fruits. Yes, I’m looking at you Kiwi.

Up until recently, Einkorn's only been available in select health food stores, and its health benefits compared to traditional forms of wheat have not widely been known. I only discovered Einkorn about three months ago after being a hobbyist biohacker for over a decade.

Among its benefits are being higher in protein, higher in zinc, and containing the antioxidant lutein that's responsible for maintaining the health of your eyes.

Despite its lack of past popularity, I expect very big things to come out of Einkorn in the near future.

The first thing I expect to come out of Einkorn is a needed resurgence in the popularity of bakeries and their associated products.

Gluten is the villain de jour and bakeries that participate in switching their modern wheat products over to Einkorn will be able to offer consumers a health-conscious choice while also offering them the flavor, texture, and enjoyment from traditional pastries.

Food products made with Einkorn flour are healthier than those made with modern wheat flour without compromising on the fundamental differences in texture that today's popular alternatives, almond, cassava, and tapioca, give up.

People who have autoimmune and chronic inflammation issues learn the hard way that when it comes to eating meat, we are what we eat eats.

Corn and soy are firmly off-limits for people with auto-immune and inflammation issues as is eating animals who eat these foods as well.

That puts two of the most popular meat categories, chicken and pork, off-limits as well.

Switching animal feed types from those that are more unhealthy for humans such as corn and soy to those that are healthier such as modern wheat grain feeds or ideally einkorn when entirely grass-fed or natural diets are not available, will greatly improve food tolerance among affected groups.

By transitioning animals' later stages of feeding from corn, which is traditionally the most popular feed type, to Einkorn many people who suffer from autoimmune issues and chronic inflammation will be able to buy higher-quality varieties of meat at lower prices without those animals needing to be entirely pasture-raised and grass-fed.

Once farmers and meat producers realize there's a significant benefit in switching feed types, if only as shown through seeing the more extreme contrast between corn and Einkorn, more small meat producers will begin to switch. This should lower the cost of healthy meat options significantly as the current number of grain-fed and/or Einkorn-finished producers rise and with it improve accessibility.

Apple is about to hold its next product unveiling event today at 10 AM Pacific Time. Apple's expected to unveil new laptops, but today's event will be regarded as a failure by consumers if Apple fails to produce a laptop with a better video camera. 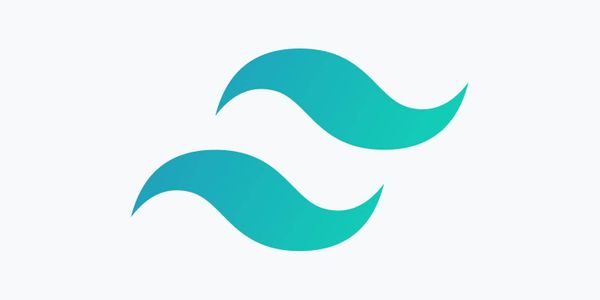 If you're still designing websites using standard CSS, it might be time to switch. Here's why I made the jump and some tradeoffs to be aware of if you're considering as well.